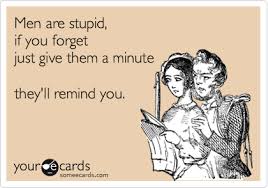 A client of mine was talking to me about how she longs to be in a relationship. Candice* is 24 years old. She is active on dating networks and often meets up with guys in the hope that “this will be the one”.  Unfortunately, they always land up in disaster as he comes over to her place to “chill” and they end up having sex. He says she’s amazing and that he will call her again. He messages her once again and she waits patiently for him to message her. Six weeks later, the bootie call comes. She is so excited when she comes to see me again. “Look”! She says. “He misses me. He wants to see me on Sunday night. I told you he liked me”.

When I see Candice again she said Mike* cancelled at 5:30 on Sunday night, saying he had the flu. She continues telling me about another cute guy she met at a party. “He said he’s liked me for a long time but hadn’t had the guts to approach me before.” Then Candice explained how he messaged her at 2:30 am asking if he could come over but she was asleep. “Now he’s messaged me, and he wants to come over tonight and chill. What do I do?” I ask what she thinks will happen if he comes over to chill. She looks at me and smiles. I ask if she wants to be “that girl” or if she would rather have dinner with him? Does she think he is the type of guy who would take her out to dinner? I look at her quizzically. She looks at me and says, “why are men so stupid?” I say, “why are women so stupid?”

This scenario above can happen at 25, 35, 45 or even 65. No matter what age some women are, they never quite learn the lesson that if you want the milk, you need to pay for the cow!

We attract others who look like ourselves. This is called Projection. In other words, “it takes one to know one”. If I am a “stupid” woman who allows men to treat me a certain way, I will attract “stupid” men who will treat me in a certain way. If I am a woman who says I would like to be treated with respect and a coffee date is the order of events, I will attract that same man.